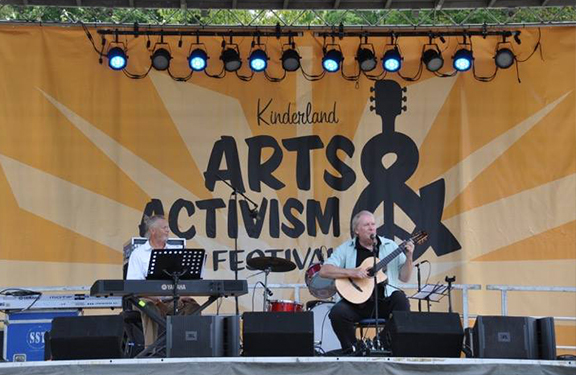 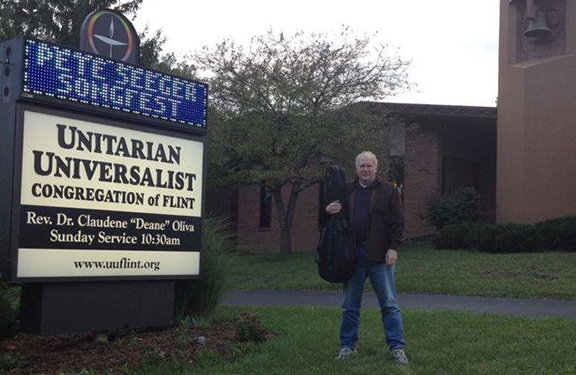 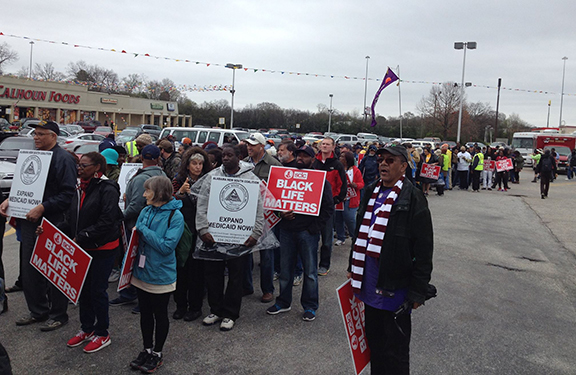 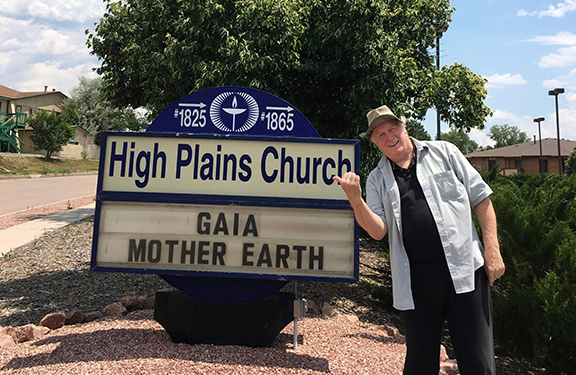 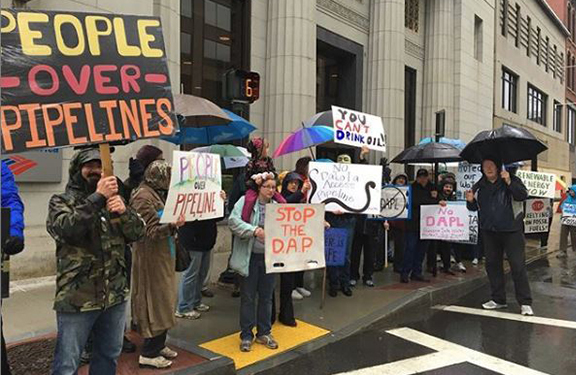 Jim has a way of turning the biggest audience into an intimate gathering. – Eugene Register Guard

Some kind of a magician. – Pete Seeger

His music sings of the life spirit. – Paul Winter 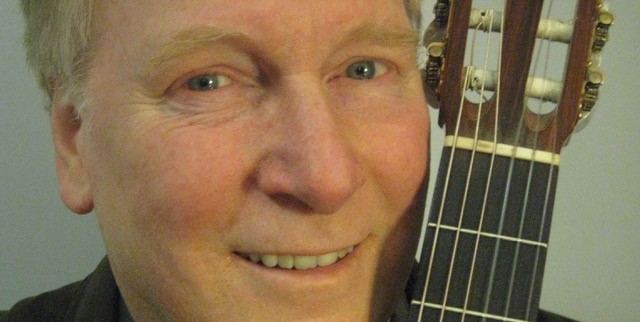 Composer, guitarist and singer Jim Scott brings a warmth and humor with his jazz and world music influenced songs.  He uses well a prodigious guitar mastery and clear voice, to touch hearts with his messages of peace, justice and the earth. Formerly a member of the Paul Winter Consort, Jim was co-composer of their celebrated “Missa Gaia/Earth Mass” and sang their anthem song “Common Ground.” He has toured the world, recorded a number of CDs of original music and published a growing line of choral works. His new album “Heart In Another Land” draws on more Latin /Brazilian/Caribbean style as well as his Jazz side, while the lyrics address thoughtful perspective on the human condition.

A co-creator of the “Green Sanctuary” program for churches to become more sustainable, Jim also compiled the “Earth and Spirit Songbook,” an anthology of over 100 songs of earth and peace.  He has been artist in residence or visiting faculty at schools such as Oberlin College and enjoys putting young people in touch with their innate creativity and the power of musical expression.  Jim’s also visited over 700 Unitarian Universalist churches, and several of his songs are featured in the UU Hymnbooks. 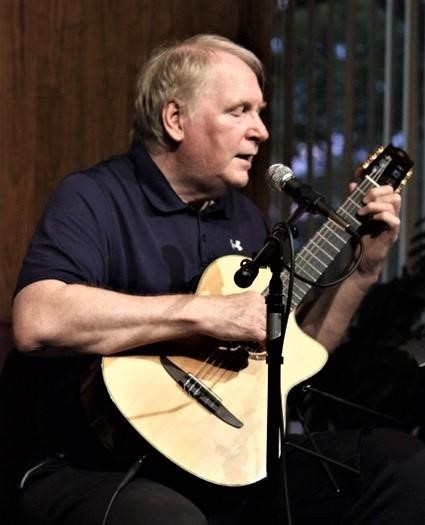 Jim Scott has made it his business to create and perform music that celebrates peace, justice and the earth with lyrical melodies and memorable verses.  From his work with the Paul Winter Consort where he co-wrote their celebrated “Missa Gaia/Earth Mass” and many other pieces, Jim has gone on to create an extensive body of work, recording 7 albums of original music, and compiling and editing “The Earth and Spirit Songbook,” an anthology of 110 songs of earth and peace, as well as a growing line of choral music.

Years of activism are reflected in Jim’s work.  His songs, poetry and short stories address issues of ecology, justice and peace with insight and gentle wit.  For all his varied professional background, it is Jim’s lyrical songs that remain his greatest offering. He transforms any size audience into an intimate gathering with a guitar skill and disarming presence, then transports listeners to new territory with a sure hand.

From songs and choral music to soundtracks for documentaries and the PBS series Body and Soul, Jim has made music with a depth of artistry and craft that separates his art from that of many other singer songwriters.  His musical “The Tree and Me” has been given full cast productions in Jamestown NY and Albion MI.  A whole line of Jim’s choral compositions and his book of guitar technique “All Scales in All Positions” are published by Hal Leonard Corp.

Jim knew Pete Seeger for many years, and credits him with inspiring the path Jim has taken as a musical activist.  For his part, Pete Seeger called Jim “Some kind of a magician.”  Paul Winter said of his long time collaborator. “His music sings of the life spirit.”  Jim helped to create the “Green Sanctuary” program and accompanying handbook for building an ecological/spiritual awareness in church congregations.  He has been an Artist-in-Residence or visiting faculty at prestigious schools such as Oberlin College and, a tireless activist, performs many benefit concerts supporting environmental and peace causes with his music. 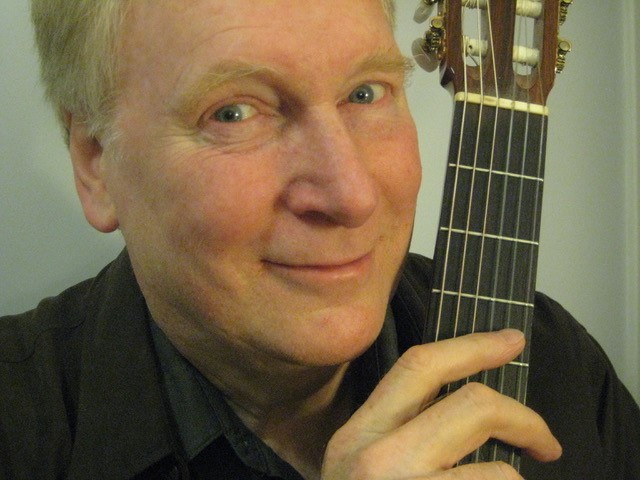 Jim Scott has brought his contemporary and multicultural music to more than 700 UU Churches over three decades. His much loved “Gather the Spirit” and a number of others are included in the UU hymnbooks. Though often filling role of “speaker,” Jim’s services are always very musical. He speaks with passion on ecology, justice and peace, and his lyrical poetry and stories are calls to action, full of hope and gentle wit. In concert, he brings his audience into an intimate gathering with a guitar skill and disarming presence. As song-leader he lifts joyous participation from all.

With degrees from Eastman School of Music and Berklee College, Jim often works with choirs on his compositions and arrangements, inspiring singers to new levels of expression.  Former Co-chair of the UU Ministry for the Earth, Jim was involved in creating the “Green Sanctuary” program. Awarded a grant from the Fund for Unitarian Universalism, Jim compiled and arranged the “Earth and Spirit Songbook” 110 songs of ecology and peace.

Longtime member of the Paul Winter Consort, Jim co-wrote their celebrated “Missa Gaia/Earth Mass” and sang their signature song “Common Ground.” His eco-anthem “A Song for the Earth” was recorded at the United Nations. Jim has gone on to create an extensive body of work including PBS soundtracks, award winning choral works and seven CDs of original music. On his CD “Gather the Spirit,” Jim is featured leading choral arrangements of his songs from the UU hymnbooks and other new creations. He’s taught courses at such prestigious schools as Oberlin College and been an Artist in Residence in many schools and universities.